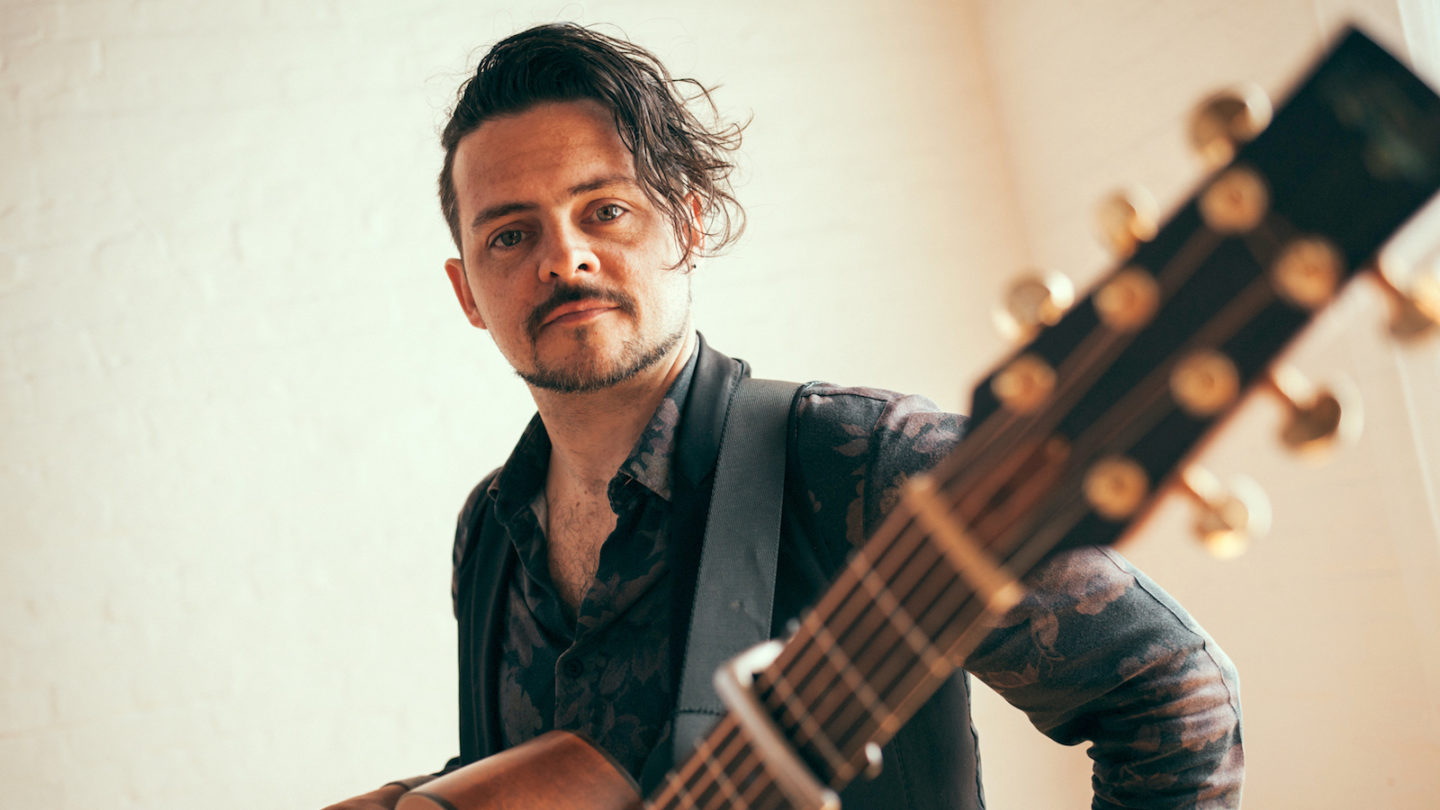 Up Close and Personal with Calder McLaughlin

A recent recruit – singer-songwriter, rock an indie band front man, poet and teacher, Pure Artists is proud to represent exclusively the sensational Calder McLaughlin. Originally from Yorkshire, Calder has been living in Leicester since 2005.

A dedicated father of three daughters, Megan (9), India (6) and Elodie (5) along with stepson Jake (17), Calder balances his life between familial duties and making music.

Calder has been living his dream of working as a professional musician for the past 13 years: “I am very fortunate that I have not had more than a fortnight away from live performance since 2005! I have played at a wide range of events from Weddings to Festivals, Pubs to Corporate Events and Private Parties, as well as Promotional Events for my own music.”

Calder’s original songs have undercurrents of David Gray, Kelly Jones and Bon Iver and his lyrics clearly resonate with fans as three followers have them tattooed on their persons. The lyrics hail from songs that were inspired by his own life events – ‘My Saviour’ was written when Calder’s first daughter was born. ‘Breaking Waves’ came from the loss of his stepfather and ‘Chapters and Phases’ explores the conflicting emotions one feels when becoming a parent. The title song of his recent album ‘We Got Old’ (old? Calder is 37!) reflects his life’s passions and achievements thus far, aptly sampling sounds of his children playing.

Growing up listening to Keith Moon and Phil Collins, as a child Calder gravitated to the drums and it was only in his 20s that he realised his true gift is his voice. An exceptional vocalist with his own unique style, Calder has one of the most distinctive male vocal voices to be found anywhere in the UK. And it is his gritty, passionate sound that has made him first choice for a variety of clients all over the country. A natural front man, Calder’s solo act guarantees musicianship of the highest calibre with dynamic and entertaining performances every time.

Calder’s repertoire covers many genres and styles, from rock, to indie and pop. Including artists such as Stereophonics, Rod Stewart, The Eagles and Adele, Calder’s set is sure to be hit with guests of all ages.

If you are looking for a party band, Calder also fronts ‘The Aesthetic’.

An accredited vocal coach, Calder teaches singing, guitar and song-writing in his spare time: “I really enjoy working with young people – getting to understand their ambitions and influencing them to follow their dreams. I am very passionate about motivating all musicians and giving them a belief that they too can achieve success in this demanding profession. My advice for new artists would be to build a fanbase outside of the industry by using social media to recruit audiences from all over the world.”

When, and if, Calder finds any spare time from his hectic performing schedule, a future project is to reinvent and record covers of iconic female pop stars such as Sia.